He can be found behind one of the three outside grills at his home in the Humber Valley on Newfoundland's west coast a few times a week, and he keeps things sizzling all year long.

"I love things that are low and slow," he said, describing his favourite dish — pulled pork with smoked macaroni and cheese.

So when Janes saw stories in the news about the dangers of wire bristles from barbecue brushes becoming embedded in people's throats, he hit the hardware store.

Janes said he didn't have much luck finding a safer alternative, and the cedar shakes he was using to scrape the grill in the meantime were wearing out too quickly. 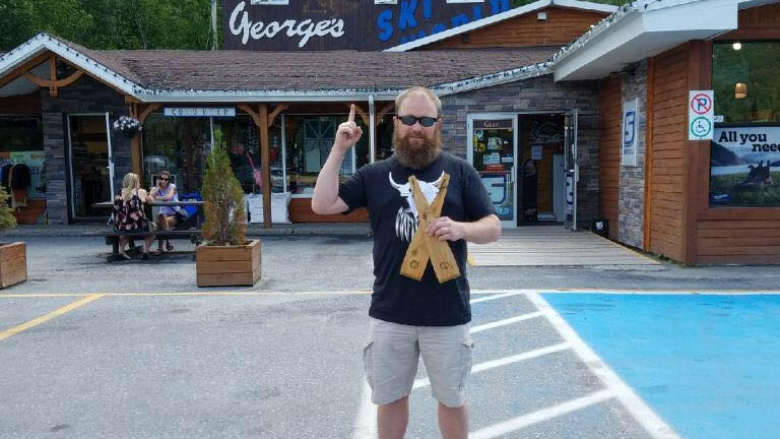 That's when he hit upon what just might become a million-dollar idea.